No. 5/2020 Germany's Presidency of the Council of the European Union 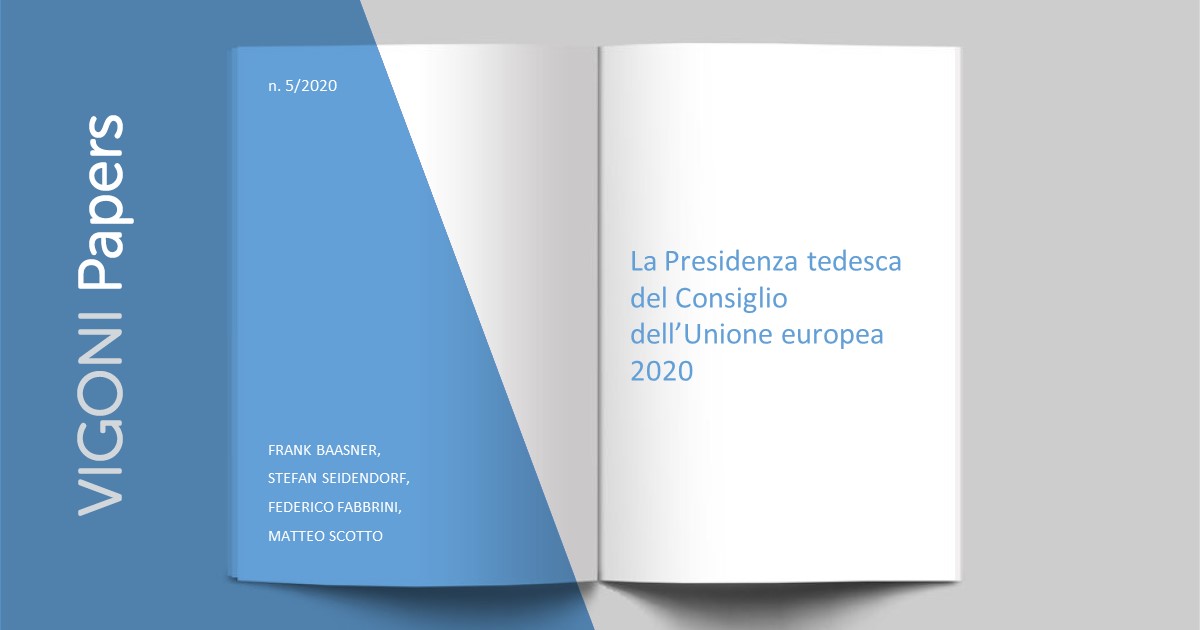 This volume of Vigoni Papers comprising three contributions is devoted to the German Presidency of the Council of the European Union. In the first contribution, Frank Baasner and Stefan Seidendorf analyse the role of German-French relations. They are seen as a necessary but insufficient driving force for any compromise at the European level.

Then, there is an article by Federico Fabbrini where the German presidency is considered a key moment for the European future. According to Fabbrini, there exist three different visions of the European integration: as a polity, as a single market or as a vehicle to hinder the spread of autocracy.
Finally, after an analysis of the strategic role of the Council’s presidency and the characteristics of the previous German presidency, Matteo Scotto focuses on the current presidency, aimed at making the European Union more compact on a political project for the medium term.